What will you leave behind: an inheritance or a legacy?

This isn't my usual technical post, but it is an interesting perspective on two technical titans. People who know me well know that I am not anti-Apple, but I am not a huge fan. They would also know that I used to be very ANTI Bill Gates, but have commented more recently on how he is a shining example of a man who became a better human being with the partnership of a wonderful woman. In any case...I didn't write this post, I just edited the article a bit for brevity...

Two people stand out as supreme examples of success in our generation.

Steve Jobs and Bill Gates certainly made more money than anyone of us can ever realistically contemplate acquiring. They are paradigms of the entrepreneurial spirit. They reached the pinnacle of wealth, fame and prominence. Both are men of tremendous achievement. Jobs gave us Apple, and Gates gave us Microsoft. Their brilliance was responsible for stunning technological breakthroughs that have literally changed the world. While Jobs tragically passed away last year and Gates is thankfully still alive, we could surely assume that both will have earned lasting legacies that will make them be long remembered.

That's why I found it so incredible to learn what Malcolm Gladwell believes is in store for their memories. To be fair, Gladwell isn't a prophet and the future may very well prove him greatly mistaken. But it's certainly worth considering the views of this very influential author of The Tipping Point, Outliers and Blink, whose insights into cultural attitudes have made him a highly respected and influential analyst of contemporary society. As quoted in PC Magazine, Gladwell thinks that 50 years from now Steve Jobs will be no more than a minor footnote in the pages of history; Bill Gates, on the other hand, may well have statues erected in his honor in countries around the globe. The reason for the difference? Jobs was a business genius. He built a company like no other. He left us with incomparable products. Gates went beyond that. He reached a time in life when making money and creating ever newer software wasn't as important as the charitable work he could do through his Bill and Melinda Gates Foundation. And ultimately that is what gains us the eternal gratitude of generations that follow us.

Gladwell succinctly summarizes it this way: “I believe the future will ultimately remember tech giants more for what they gave back to society than for what they achieved business-wise.” Success isn't defined by what we manage to get, but rather by what we are able to give. And that's true even if we’re not in a position to start a foundation or to embark upon the kinds of projects that only a billionaire can tackle. We need to remember that legacies are created during our lifetimes. The key to achieving greatness is to be responsible for something that outlives us. Horace Mann put it beautifully when he said, "Be ashamed to die until you have achieved some victory for humanity."

Whether we have sufficient funds to create a foundation or just the means to give a little bit back to the world into which we were born and from which we derive so much, the true test of our character is always how much we are willing to do to justify the gift of our lives.

derived from an article by Rabbi Benjamin Blech that appeared on aish.com 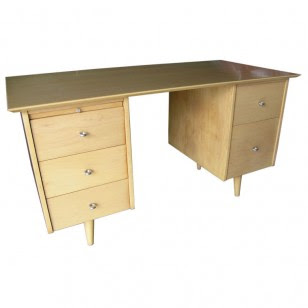